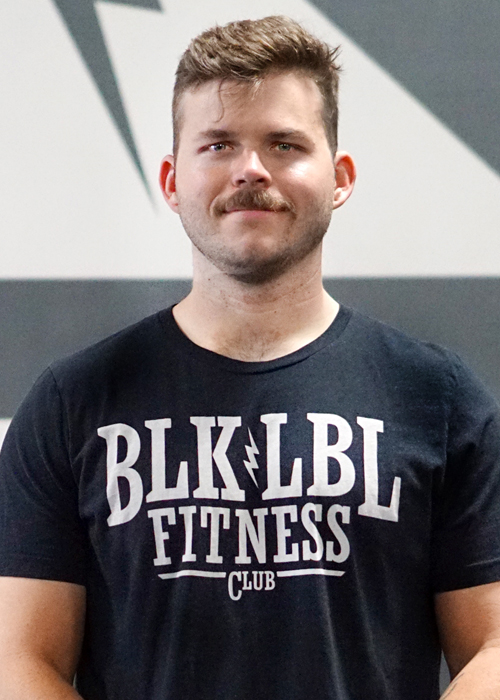 Sometimes your life’s passion finds you. After 2 years of sobriety, fitness, specifically CrossFit®, set in motion a journey that would allow Jackson to further his discipline from a hobbyist to a globally endorsed CrossFit® judge, L1 coach and eternal student of fitness. Starting in 2015 after randomly seeing a Rich Froning (4-Time individual CrossFit Games champion) video, while working out in a “globo” gym, Jackson was inspired to seek functional training along with Olympic Weightlifting and quickly fell in love with competing. As he furthered his skills in “Oly” lifting he quickly realized he was captivated with movement standards and the process behind coaching athletic progress.

In 2016 Jackson began coaching CrossFit® and continued his development in movement and standards studying multiple coaching philosophies and receiving certifications and accreditations in both. Today, utilizing his education, and vast knowledge base, Jackson travels around the world as a qualified CrossFit® judge. Judging premiere Sanctioned CrossFit® events like Wodapalooza, Rogue Invitational, Reykjavik CrossFit Championship and Rich Fronings annual Mayhem Classic.

Always looking ahead, Jackson continues to look for new ways to expand his outlook on fitness and is currently enrolled in the OPEX CCP program. It doesn’t take much to see that his athletes are his priority and that their goals are his goals too, the relationship is “the key” and the success a byproduct of effort. Jackson trains competitively in the sport of CrossFit®, at all levels, and cherishes the time he gets to “throwdown” with his BLK LBL family.

When not in the gym or at an event you’ll find Jackson and his fiancé’ enjoying a great cup of coffee, playing with their dogs and planning their next trip to the ocean. Inspiration can come in a million forms, just so happens Jacksons comes from watching his family, friends and athletes succeed.

In response to the COVID-19 pandemic, we have temporarily closed our physical location in order to limit the spread of the virus and do our part in keeping our community safe.

During this time we have converted all of our classes online.

For information on our online program, please fill out an info request form
and one of our team members will contact you!

Don’t forget to follow us on social media for the latest updates!